The only school in Arizona recognized by the International Ki Society​ 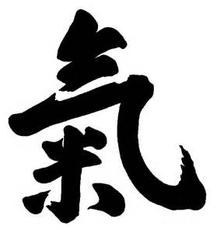 The Arizona Ki Society is the only school in Arizona that is a member of the Ki Society International (Founded  by Koichi Tohei Sensei).

We teach, not only how to use Ki in the arts of Aikido, but also how to use this universal energy in all of our activities. This includes driving, studying, exercising, practicing Yoga or any and all other activities.

Kirk Fowler, Chief Instructor, 7th Dan & Okudan in Ki Development, studied boxing, wrestling, Judo, Karate & Tai Chi before being involved in the Art of Ki Aikido. He served in the Navy, Border Patrol (both Mexican and Canadian borders) INS Investigations in New York City & Los Angeles. He also served in the Drug Enforcement Administration where,  at times, he was in charge of Intelligence for all of Mexico & Central America. He was later in charge of Intelligence for a seven state area within the United States. He has conducted self defense & arrest techniques at the DEA International Training Academy as well at various State & Local Law Enforcement Academies.